Having inadvertently killed I don’t know how many unfortunate worms in my prefabricated wormery, I decided to throw it out and look for alternative nutrition sources for next year.

To that end, I’ve been to my nearest park today to bag up some autumn leaves to make my first batch of leaf mould, which I’ll spread around the base of next year’s plants as they grow. I think I’ll also make nettle tea in the Spring to supplement the nutrient rich liquid worm castings of the past. (I’ve made it successfully before, so will just up the quantity for 2019). 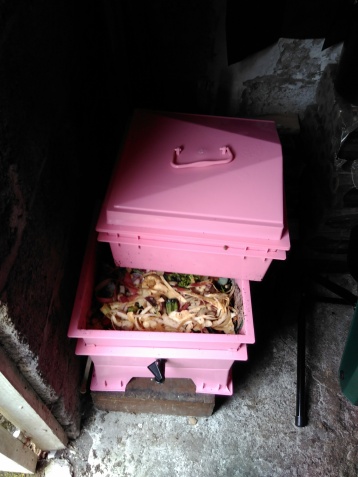 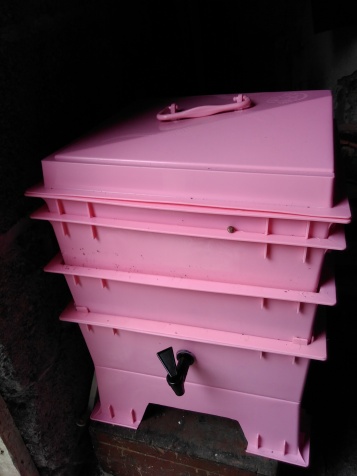 The wormery had gotten off to a successful start in the shed, but when I moved it outside I soon learned that the design let a lot of rain in – drowning the worm inhabitants. I bought replacement worms and covered the wormery, though continued to leave it outside. I can’t be sure what happened to the next batch, but they all died too. This type of wormery definitely belongs indoors or at least well sheltered.

Leaf mould should be relatively risk free and low maintenance.

I’ve filled four bin-liners with dry leaves (they are currently open in the garden to allow the rain in, they need to be wetted to start the moulding process). Once the leaves are wet I’ll close up the bags, give them a good shake to distributed the water, pierce them around the sides and bottom, put them in a shady place and leave them through the winter, probably five to six months.

If you let the leaves rot for longer (around 18 months) you’ll get a good soil conditioner.

Larger gardens than mine may have a big leaf pile or leaf mould cage on the go to generate a generous quantity of leaf mould for the year(s) ahead. I may gather more leaves over the next couple of weeks to make sure I’ve a useful quantity as I imagine my four bags will yield relatively little when they’ve broken down.

According to one website I looked at, most leaves can be turned into leaf mould, but some take longer to compost than others. Oak, alder and hornbeam will soon rot down, while sycamore, beech, horse chestnut and sweet chestnut take a little longer. Leaves from conifers and evergreen plants will take between two and three years to compost and are best added in small quantities only, shredding them first to help speed up composting.