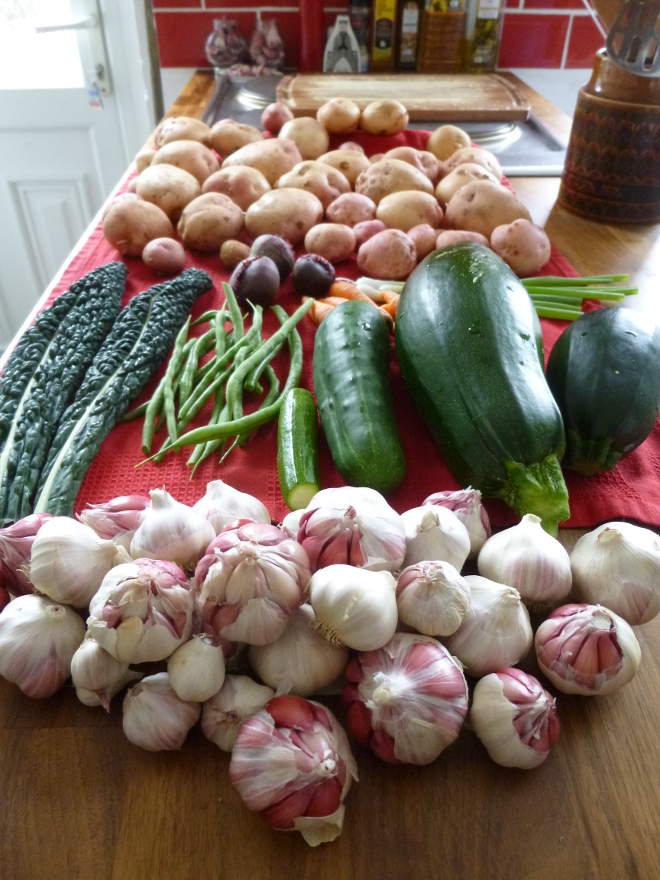 While our tomatoes are slowed by the overcast, rainy weather. The rest of the crops are doing relatively well despite the heavy rainfalls. Yesterday we pulled up another two Kerr’s pink potato plants with a decent harvest (four more and one bag to go, should see us through to October). One of the courgette plants has given all it can and came down with something rusty and sickly looking last fruits so we put it out of its misery yesterday after a bountiful few weeks. Its brother plant looks to still be going strong. (We had deep fried courgette in a breadcrumb batter for dinner last night, courgette lasagne earlier in the week; fritters and ‘zoodles’ the week before.)

We decided to inspect the garlic drying in the shed yesterday, as the ambient wetness from the garden was bound to affect it. There were signs of mould on a couple of bulbs and the roots of others were moist and chalky, so we took them into the house, stripped away excess skins and put them in an airy cupboard. Overall they look good thankfully. 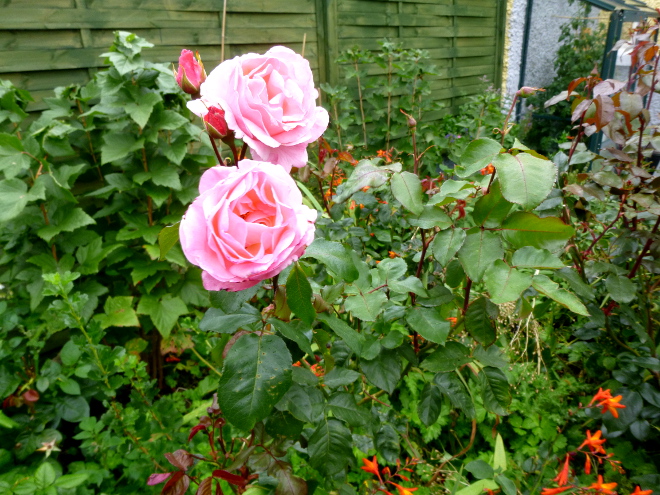 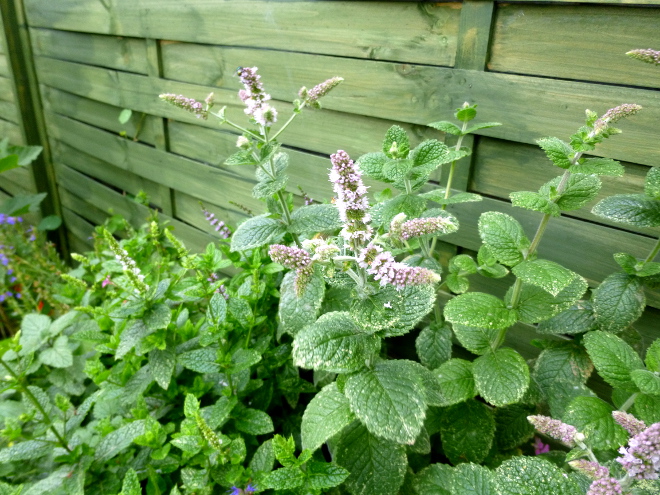 The cucumbers in the glasshouse are doing fine, every few days we’ll harvest one. We’ve had maybe five or six so far from two plants, and there looks to be plenty more to come.

We’ve put down some pak choi and have put protective plastic pots over them to try to keep the snails and slugs off (which are totally out of control due to the wet weather). We’ve also laid some sacrificial kale leaves around them to give the pests something else to work on (though maybe this isn’t a good idea as it might just attract more?).

The bounty of courgette and potato plant leaves are getting thrown into the flower bed at the very end of the garden (recently fashioned where our brick built shed had stood), hopefully this will help improve the soil over the winter and help us create next year’s pollinator haven.